Share a memory
Obituary & Services
Tribute Wall
Read more about the life story of David and share your memory.

Orange, MA -- David L. Songer, 86 of Spring Hill, Florida died peacefully, surrounded by his loving family on January 22, 2023.     He was born in Orange, Mass August 18, 1936, the son of Ellsworth and Ruth (Smith) Songer.  David grew up in Orange, graduated from Orange High School in 1954, East Coast Aero Tech in 1955, and worked for United Airlines at JFK Airport (then Idlewild) In January 1956 as an aircraft mechanic. He was drafted into the Army in February of 1959 as a Specialist 4th Class.  He worked as an instructor of Aircraft Engine Fundamentals and Troubleshooting in Fort Eustis, VA.  When David’s stint in the Army was over, he returned to United Airlines and Kennedy Airport until his retirement in October, 1995.     David was a long-time member of the Central Mass Steam, Gas & Machinery Association, serving as its President from 2001-2003.  He was a self-taught machinist, a talented carpenter, and an ardent collector and restorer of antique machinery and gas engines.  His other hobbies were fishing, camping, traveling and boating on the river.     David was a former Planning Board member, waterfront Park Committee member, and Putnam Hall Restorations Committer member.     He leaves his wife of 64 years, Sally E. (Connors) Songer, a daughter, Kelley Silberberg and husband David of Hawaii, daughter, Kerry Songer and Steven Thompson, of Florida, son Kyle Songer and his wife, Gina Grigsby of Florida.  Several grandchildren; Blake Silberberg, Tyler Silberberg, Rachel Grigsby, Paige Songer, and Austin Karp, great-grandson Hunter Elin; brother Ken Songer and wife Lucille, sister Karen Ellsworth and many nieces and nephews.    According to David’s wishes, there are no services.

To send flowers to the family or plant a tree in memory of David Songer, please visit our floral store. 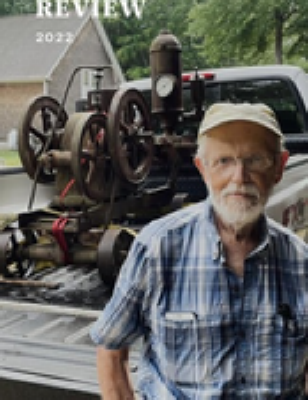 You can still show your support by sending flowers directly to the family, or by planting a memorial tree in the memory of David Songer
SHARE OBITUARY
© 2023 Downing Funeral Home and Cremation Services. All Rights Reserved. Funeral Home website by CFS & TA | Terms of Use | Privacy Policy | Accessibility