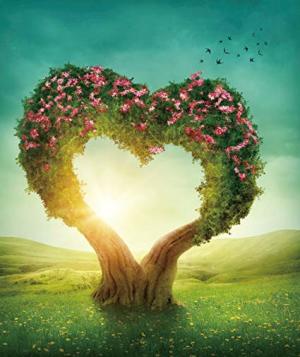 Diane Korsiak was a Florida resident but a Brooklyn native who never lost that fiery New York spirit. Born Diane Miller to George and Sarah Miller, she attended St. Michael's school, where she met her future husband Richard, and through the church had her First Communion and Catechism. The youngest of four children, Diane suffered the loss of her father in her teens, spending his final days as his caregiver. This event created tensions between her and her mother which were never fully resolved, but Diane found support from her nurturing grandmother, who in many ways was a second mother to her.
Diane graduated from Hunter College with a dual major in Biology and Education, becoming a teacher for the New York City School System. This was one of her proudest achievements, which was tragically cut short by massive layoffs. Refocusing, Diane moved through the ranks of Crawford and Company, a prestigious insurance firm. After a few years apart, she married her High School Sweetheart Richard in 1981 and changed focuses again, becoming a mother and homemaker. In 1982, Diane gave birth to her only child, Jason.
Diane was fiercely loyal to her family and had a quick wit that stayed with her for the remainder of her days. She loved holidays and went above and beyond to make them special. In particular, fall and winter were her favorite seasons, and she loved to decorate with scarecrows and snowmen. Some of her hobbies throughout her life included dance, ceramic painting, cross stitch, and crochet, but her earliest creative passion was music. As a child, she learned to play piano. Diane was a great lover of classical music, but, as a baby boomer, she also loved classic rock and roll.
In 1996, Diane drew upon her experience as an educator to homeschool her son Jason through High School. She took meticulous care to craft lesson plans and provide the best education she could. She did a phenomenal job of setting her son up for success, as he later graduated college Magna Cum Laude. While admitting to not always being the most appreciative student, Jason credits his mother's dedication to his academic success.
The later years of Diane's journey were punctuated with a number of severe health challenges. These issues began to manifest in 2007, at which point she was hospitalized with illnesses that were never fully diagnosed but nearly claimed her life. Diane's Brooklyn spirit pulled her through, however, and although Diane would spend the next few years freeing herself from a wheelchair doctors said she would never step out of, she not only walked again but also learned how to drive. She registered for classes to return to college and embark on a new career as professional caregiver, hoping to give back to those who helped her. Unfortunately, Diane  would then be struck blind in her left eye in 2014, setting her back further, and prompting her to step away from her classes and new career goals.
Despite her limitations, Diane derived tremendous joy and purpose from what she could do for others. She was a charitable, generous woman who delighted in finding even small ways to help people and support those whom she loved. She continued to do what she could to make the special days of life all the more special.
In her final years, the fighting spirit that defined Diane's life waned but never fully went out. She found comfort and solace from the devotion of her family, the routine of taking care of her beloved dog Phoebe, and in the safety of her home. Sadly, increasing health issues began to plague her, but Diane was resolute in facing them on her terms and went to her rest peacefully in her sleep on Saturday, September 10, 2022. She is survived by her husband Richard, her son Jason, her sister Joan, and her brother Albert.

To send flowers to the family or plant a tree in memory of Diane M Korsiak, please visit our floral store.

A Memorial Tree was planted for Diane

Join in honoring their life - plant a memorial tree