Share a memory
Obituary & Services
Tribute Wall
Read more about the life story of Joseph and share your memory.

Joe was the son of Joseph Sr. and Ernestine Caputo. He spent his childhood years in Chicago before the Caputo’s moved to the suburbs of Carpentersville as a boy. He was christened and confirmed Lutheran, establishing his lifelong faith as a Christian. Joe graduated from Dundee (Illinois) high School in in 1961. Joe was a “star” baseball player, played football, was a Boy Scout, and had managed to keep in contact with some of his special high school friends until this day. He followed in his father’s footsteps by becoming a mailman at age 17.

Joe married his first wife Reva in 1963. They had Joe’s two sons together. Along the way, Joe coached Little League, began slot car clubs, growing many life-long friendships while living in Carpentersville and Dundee Illinois. The Caputo’s moved to Ocala, Florida in 1978. He continued to work with the United States Post Office as a mail Carrier. At age 55 he surpassed one million accident free miles, a streak that continued until he retired after 43 years of service in 2003 at age 60.

After a lifetime of building plastic models for fun, Joe became a member of IPMS and won awards for his work. He built everything from cars to boats to tanks, dioramas and especially planes. His favorite of all was the one and only OV-10 Bronco. Joe was a car enthusiast, racing slot cars, building models and watching races his entire life. He was also a World War enthusiast on many levels and had a particular interest in General George S. Patton.

Joe loved to share his knowledge with anyone and created many friendships through his hobbies. He helped start the IMPS Ocala Plastic Modeler Club where he served as president for many years. Joe loved to mentor young model builders and many of his best friends came from his years in the club.

Joe also loved music, especially Frank Sinatra. Joe never lost his love for sports, rooting for the White Sox his whole life. But his first love was the Chicago Bears. Many memories were made with friends and family while watching his beloved Bears… Bear Down!

After retirement in 2003, Joe married the love of his life, Carol Burley-Caputo. This chapter became his sweetest so far as Joe and Carol did life together. They enjoyed 12 years of wonderful marriage before Carol went to be with the Lord in 2015. Joe was the life of the party. Known for his sharp wit, he always had a joke, often inappropriate, and always with a heart to make your day better. Whether at his doctor’s visits or area restaurants, from his neighbors, to strangers alike, Joe would brighten your day. He was considerate, honest, funny, hard-working, and always the gentleman.

Joe enjoyed his last few years with girlfriend Debbie Shea-Kurdzos,  family, and many friends. In his usual light-hearted way, Joe enjoyed concerts, bar-hopping, travelling and laughing until his final days.

Most of all, Joe was a loyal friend and beloved father. He loved people in an unassuming, unconditional way. His words, wisdom, time spent together, his laughter, watching Bears football, phone calls, emails, and sharing life like family, as family, will never be forgotten.

Joe was preceded in death by his parents, Joseph and Ernestine Caputo, sister Ernie Kessinger, and his late wife Carol Burley-Caputo.

Joe is survived by His sons Joe (Lisa) Caputo of Spring Hill, Fl. and Dan Caputo of Ocala, Fl.;

And a host of beloved friends and family in Ocala and around the world.

A celebration of Joe Caputo’s life will be held on Saturday, September 5th at 1:00 PM

To send flowers to the family or plant a tree in memory of Joseph E Caputo Jr., please visit our floral store. 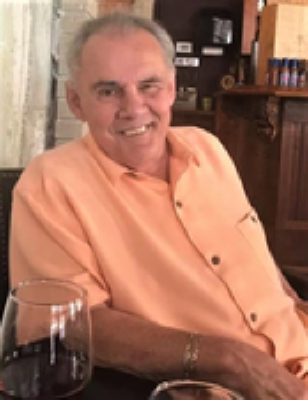 You can still show your support by sending flowers directly to the family, or by planting a memorial tree in the memory of Joseph E Caputo Jr.
SHARE OBITUARY
© 2023 Downing Funeral Home and Cremation Services. All Rights Reserved. Funeral Home website by CFS & TA | Terms of Use | Privacy Policy | Accessibility