Share a memory
Obituary & Services
Tribute Wall
Read more about the life story of Mark and share your memory.

Mark Steven Cotal was born in Cook County, Chicago, Illinois on May 28th of 1961 to John Cotal and Elsie Hernandez. He was the youngest of five children: Mark, Tony, John, Denise, and Ruby. The family moved to Manhattan, New York when Mark was 2 years of age. He was raised there and later attended SUNY Purchase University in Westchester County where he majored in Psychology. Mark worked as a teller at Chase Manhattan Bank for two years before going on to become a Medicaid case manager for the state of New York. He continued on to hold a supervising position in a food stamp office for over eight years. He was married twice, with a son (Mark Cotal Jr.) from the first marriage, and a daughter (Kimberly Grace Cotal) from the second. Mark met his current wife, Alma, through her sister, Olive, when he was 38 years old. After dating for two years, they then got married on February 22nd of 2002 and welcomed their daughter Kimberly Grace in December of that year. The family continued to reside in Bronx, New York for eleven more years before moving to Spring Hill, Florida in January of 2014, as Mark desired a change in weather and scenery, and have lived there ever since. He loved being outdoors, often going to the shooting range with family and friends, going on sunset picnic dates with his wife, and taking walks around his neighborhood. Mark will be coming up on 21 years of marriage to his wife, Alma, on February 22nd of this year. He passed away on January 14th of 2023 at the age of 61 and is survived by his father (John), three of his siblings (Tony, John, and Denise), wife (Alma), daughter (Kimberly), and son (Mark Jr.). Mark will be missed dearly by his family and friends but will forever be in their hearts. May he rest in peace in God’s loving arms.

To send flowers to the family or plant a tree in memory of Mark S. Cotal, please visit our floral store. 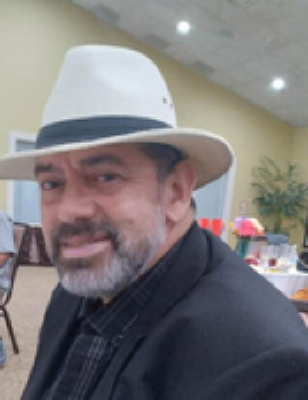 You can still show your support by sending flowers directly to the family, or by planting a memorial tree in the memory of Mark S. Cotal
SHARE OBITUARY
© 2023 Downing Funeral Home and Cremation Services. All Rights Reserved. Funeral Home website by CFS & TA | Terms of Use | Privacy Policy | Accessibility